A working meeting of representatives of administrative and scientific bodies of the Convention on International Trade in Endangered Species of Wild Fauna and Flora (CITES) is taking place in Minsk on 23-24 April. The purpose of the meeting is to work out concerted stances on the items that will be on agenda of the 18th session of the Conference of Parties to the CITES Convention in May 2019.

The event was organized by the Natural Resources and Environmental Protection Ministry of the Republic of Belarus in association with the International Fund for Animal Welfare (IFAW), the Pew Charitable Trusts, and the BLOOM Association.

The Republic of Belarus is represented by the Natural Resources and Environmental Protection Ministry and the National Academy of Sciences of Belarus.

Participants of the meeting are expected to discuss matters concerning the revision of the status of certain species of wild animals, the inclusion of new species into the CITES Convention Appendix, cybercrimes, and regional cooperation prospects.


The Belarusian delegation led by Deputy Natural Resources and Environmental Protection Minister Aleksandr Korbut presented information about the preservation of European eel population in Belarus. The delegation also mentioned problems relating to the prohibition to import glass eel larvae from European Union countries to Belarus.
Apart from that, Aleksandr Korbut informed those present about the results Belarus had achieved in the course of improving legislation relating to the fulfillment of the CITES Convention. The efforts were duly appreciated by participants of the event and international experts.
Participants of the meeting will also be informed about the Nagoya Protocol and its role in preserving biodiversity. It is a new nature protection agreement for Belarus.
On 24 April participants of the meeting are expected to visit a facility where commercial fish is grown in artificial reservoirs, where fish is processed and fish products (including caviar) are tinned using sturgeon fish species. The facility was established by ZAO DG-Tsentr in line with the CITES Convention.
Print version All news 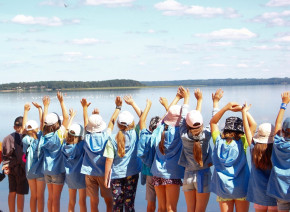 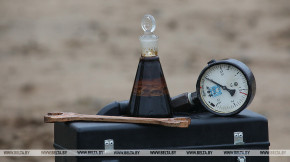